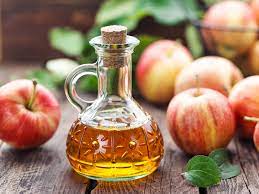 Apple cider vinegar is one of the most popular of the old folk remedies. And, for women who seem to be able to tolerate nearly anything, it is often a chosen remedy for many ailments. The taste is difficult to digest, but the effects are tremendous. Apple cider vinegar has been aiding in curing and preventing everything from allergies to reflux, and is greatly used as an agent in weight loss routines, as it is known to break down the fat in the body.

As and aid in weight loss:

Women in particular are constantly seeking ways in which to lose weight, and apple cider vinegar seems to be a particularly good choice in helping with weight loss.

It is suggested to mix two teaspoons of apple cider vinegar with a water or juice and drink the mixture before each meal. The effects are not exactly known, as many people claim that it burns calories while others claim it speeds up the metabolism.

Body odor is a distress no matter what sex you are, and for the woman, it is particularly troublesome. To help combat armpit body odor, simply wipe each armpit with apple cider vinegar each morning by pouring a little apple cider vinegar on a cotton ball. For foot odor, simply soak your feet in a mixture pan full of warm water with 1/3 cup vinegar for fifteen minutes.

Many women are affected by age spots as they grow older. Apple cider vinegar is an excellent remedy as it contains sulfur that aids in the fight of aging. Simply blend or chop and onion and extract its juice. Mix one part of the onion juice with one part apple cider vinegar. Apply to the skin with a cotton ball and leave on the skin for 30 minutes.

Apple cider vinegar is a home remedy that has been used for many conditions for centuries. Taken in moderation, there are no known side effects. Over a prolonged period of use deterioration of the enamel on the teeth could result. This can be eliminated by diluting apple cider vinegar with water.