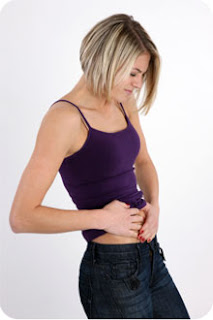 Some have missed our scheduled workouts or hikes due to their pain. It seems to be a common occurrence and my motto in life is to ‘know your body’. So I had to find out myself why my friends and family members were showing signs of ovarian cysts. And even worse one of my friend’s cysts ended up being cancerous.

Menstrual cycles go out of whack because of the hormonal imbalance that causes PCOS. Before eggs become mature enough to be released, they grow inside little sacs or cysts. During every cycle, the ovaries start preparing 20 eggs a month for maturation. Eventually, one of these eggs will become the “dominant” egg, or the egg that will eventually be released from the ovary into the fallopian tube. However, women with PCOS do not have enough estrogen to make one egg dominant.

A cyst is simply a mass of tissue or fluid. They can be found in any part of the body, including the uterus and ovaries. Cysts often are referred to as tumors, but there is actually specific signs, symptoms and designations that must be in place for a cyst to be considered a tumor; even then, a tumor isn’t necessarily cancerous.

Mild cramping when experiencing implantation bleeding is quite common. But, if severe cramps are experienced, then they might be among the symptoms of ectopic pregnancy accompanied by signs such as dizziness, pelvic and shoulder pain, heavy bleeding, and blood clotting.There are other cures for all kinds of cysts, and they don’t just stop the pain for a while they will eliminate them. Some ovarian cysts will actually disappear just like magic given a bit of time thus surgery is not always a good option. Even more so for women that has persistent ovarian cysts.