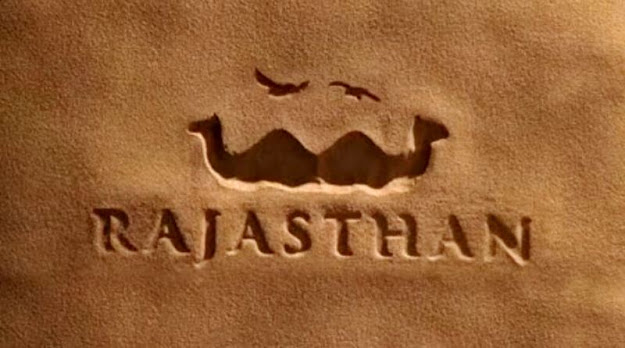 The population of Rajasthan is almost 6crores. State Sex ratio is 928 females for 1000 males. The state growth rate is 21.31% and the literacy rate is 66.11%. There are 33 districts of this state. Native people of Rajasthan use Hindi, English, and Rajasthan languages. This state is also known as “the land of kings”. Rajasthan is located on the northwestern side of India. This state is bordered by the other five states in India. It is also known as an agricultural state. Thar Desert is located in the western region of Rajasthan. On the other hand, this is also known as “Great Indian Desert”.
Key features include with Indus valley civilization at kalibangan was a vital Harappan city. The word defines ‘black bangles’. Even, two types of burials can be found there. One is burials in a circular grave and other burials in a rectangular grave.
River:
The Main River of this state is Sabarmati rises from Aravalli’s in Rajasthan. In other words, there are many rivers around Rajasthan like Chambal, Mahi, Luni, Saraswati, Parwan, etc. banas is the tributary of Chambal. However, the smallest river in Rajasthan is Arvari. Luni River has many tributaries vizbandi, sukri, jawai, Khari, etc. Ghaggar River is also known as the old Saraswati of the Vedic periods.
Lakes:
Sambhar Lake situated in Rajasthan and mainly it is almost 80 km away from Jaipur. Its length is 35.5km and the surface area of this lake is almost 230 square kilometers.
Lake Pichola is located in Udaipur city and it is a man-made lake. This lake was formed by Banjara in 1362 AD.
Nakki Lake is famous for its boating facility and Raghunath temple and Maharaja Jaipur Palace are stone throw distance of this lake.
Pushkar is located in Pushkar which is under the Ajmer district of Rajasthan. It is also known as the sacred Lake of Hindus. It has an inflow source from the Luni River. The area of this lake is 22 square kilometers.
Ana Sagar Lake is a man-made lake and it was built by Arnoraja and it is located in Ajmer. The maximum depth of this lake is 4.4m and the maximum length is 13km.
Staple crop:
There are so many crops of Rajasthan like maize, pulses, oilseeds, sugarcane. Wheat, barley, and cotton are cultivated throughout the large areas.
Main food:
Onion kachori, dal batichurma,  papadkasabji are the staple food of Rajasthan available all time there.
Mineral Resource:
Rajasthan has an abundant source of the mineral. This state is a Main producer of silver, calcite, gypsum, feldspar, phosphate, silica sand, limestone, marble, lead, zinc, copper, steatite, ball clay.
State symbol of Rajasthan:
Flower: Official flower of Rajasthan is Rohida and its significant name is tecomellaundulata.
Bird: Great Indian bustard is the state bird of Rajasthan.
Animal: Camel is the state animal and another state animal is chinkara.
Tree: It is the official tree of Rajasthan and many fruits are famous in Rajasthan like blackberry, custard apple, etc.
Game: The main game of this state is basketball.
Dance Style of Rajasthan:
Ghoomar is famous for its traditional approach and it retains the culture of the state. It is a folk dance form. It has come from Udaipur and kalbeliya dance has come from Jaisalmer. Bhil tribe introduced this dance form first.
There are so many dance forms of Rajasthan such as chari dance, chang dance, bhavai dance, etc.
Mountain:
Oldest mountain ranges the Aravalli Range cradles the only hill station of Rajasthan is Mount Abu is famous for Dilware temple. On the other hand, Guru Sikhar is the highest point of the Aravalli range. It is almost 15 km away from Mount Abu. Gurjar lives in Arbuda mountain regions. It is closest to Sirohi.
Wildlife Sanctuary:
Ranthambore national park: This game sanctuary was set up in 1955, located in SawaiMadhopur district. It was considered as a national park in 1980. It is famous for a lot of tigers. The tigers can be seen there. November to May is the perfect time to visit there.
Keoladeo Ghana national park:  This park is situated in Bharatpur has bagged the record of world heritage site reserve. It is rich in different migratory birds. Every winter, many birds come here and it was declared as one of the richest bird areas across the globe.
Nahargarh Biological Park: It is situated under the Aravalli range and the total area of this park is 720 hectares. There are almost 285 species of birds and it is also famous for its Asiatic lion, Bengal tigers, panthers, deer, wolves, crocodiles, wild boar, etc.  Entry fees are 50 rs per person for Indian visitors and visitors can take a video camera, but it has charges 1000rs.
Sariska National Park: It is situated in the Alwar district of Rajasthan and it is surrounded by grassland, rocky hills, and dry deciduous forest. On the other hand, it is popular for plenty of tigers.
Famous Personalities of Rajasthan:
PratibhaPatil: first woman president in India.
ChandaKochar:  she is the former managing director of ICICI bank.
Vishwa Mohan Bhatt: he is known as an instrumentalist.
RajyaVardhan Singh Rathore: he is a famous politician as well as an Olympic medalist.
Chief minster: Ashok Geholt.
Governor: Karaj Mishra.