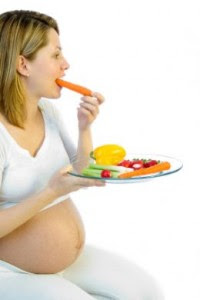 Gestational diabetes is a form of diabetes that is characterized by insulin resistance that occurs primarily during the second and third trimester of a woman’s pregnancy. It is believed to be caused by the rapid and excessive hormone production that women go through during their pregnancy.

Type 1 diabetes is also called Juvenile Diabetes, Insulin dependent diabetes or Autoimmune Diabetes. Person with type 1 diabetes has immune response against his own beta cells of pancreas, so pancreas is unable to produce insulin at-all. That is why it is called as autoimmune diabetes. Juvenile diabetes usually occurs in children but can appear at any age. To live normal life patient has to take insulin and take regular exercise and has proper diet plan.

Because of the inability of the body to produce ample insulin, it results to high blood sugar level. Hence, it is very important to prevent the complications of diabetes; the level of the glucose in the blood needs to be controlled. How? There is no natural cure for diabetes, but a healthy diabetic diet plan, eating habits and a regular exercise helps prevent this disease.

Type 2 diabetes can be prevented in many cases by making changes in diet and increasing physical activity Some studies have shown delayed progression to diabetes in predisposed patients through the use of metformin or valsartan. Breastfeeding might also be correlated with the prevention of type 2 of the disease in mothers.

Regular check-ups with your doctor and some basic blood tests will help you find out early if you have the disease. Early detection helps you to get control of your blood sugars. If your blood sugar is controlled, then your risk for complications is greatly reduced. Diagnosis includes a blood glucose test and an oral glucose tolerance test.