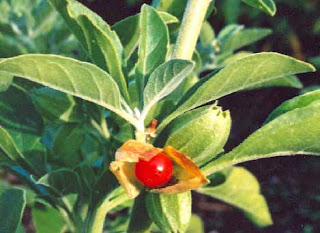 Ashwagandha, a traditional Indian (Ayurvedic) medical herb,is thought of as “Indian ginseng.” It is often marketed simply as “Withania” and is also called winter cherry or Dunal. The berries, fruits, and roots have been used traditionally. In Western herbal medicine, most preparations are made from the root of the shrub.

It is a root from a beautiful plant with little red berries. The root is the portion that is used for food and is what is called an adaptogenic. This is very important to understand in order to make the decision to eat the root.

Ashwagandha extract was historically and is still used as an herb to promote longevity and reproductive functions in both men and women. Recent evidence in the use of clinical trials support claims that Ashwagandha extract can treat inflammation, arthritis, stress, anxiety, and cognitive disorders.

Ashwagandha’s immunomodulation effects. Animal studies have shown immunomodulating effects of Ashwagandha, including an increase in white blood cell, platelet and neutrophil counts. It also effects a in Tumor Necrosis Factor. In vitro, increased nitric oxide production by macrophages has also been reported.

This herb claims down stressed mind as well as panic attacks and it helps to normalize sympathetic tone caused by daily stressors. It is especially beneficial in stress related disorders such as hypertension, arthritis, diabetes and general debility.

It can be calming and rejuvenating for people who feel exhausted, have difficulty concentration, or just feel ungrounded. Ashwagandha also benefits muscle tone and has been used to help patients regain physical strength after an illness. A good mixture is 1/2 to 1 tsp. of root powder mixed with warm milk, and a touch of honey.

Ashwaganda s a herb and ancient immune boosting remedy is nor new. In fact it has been used in arjuveda for some 4000 years to help people live longer, feel younger, have more energy, grow healthy hair and stop stress. Yes arjuveda had this in place eons ago and thanks to science you can now try it as well- it is available I most health food stores. 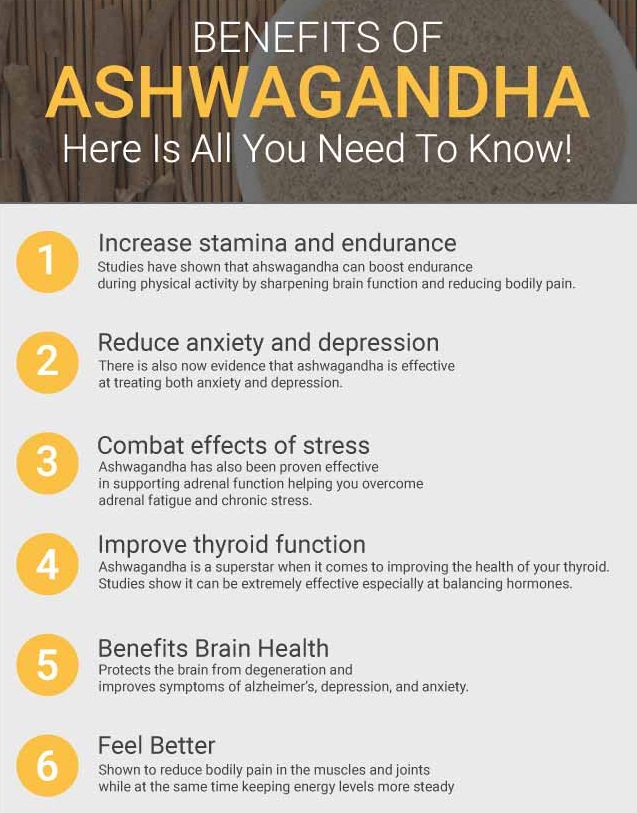 One possible explanation is due to the antioxidant properties of this wonderful herb. In animal models of haloperidol-induced dyskinesia (chewing movements, tongue protrusion and buccal tremors), the reported benefits of withania appear to be due to its antioxidant rather than GABA-mimetic action. Ashwagandha is effective in treating urinary ailments. It can facilitate easy flow of urine. Also it helps in opening the sweat pores, which make it possible to expel liquid wastes through perspiration.

Ayurvedic medicine in a way similar to that of the use of Ginseng in traditional Chinese medicine. It is also used to enhance sexual potency for both men and women and is widely acknowledged for its rejuvenative properties.

Comments (2) on “Ashwagandha – Uses and Benefits | How To Use Ashwagandha”